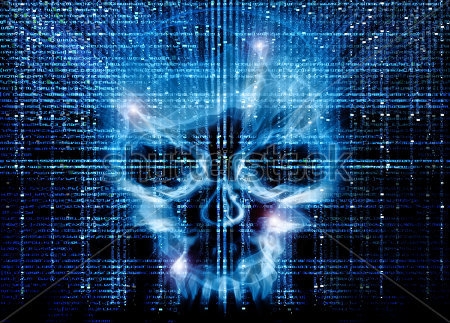 The Internet is like the Caribbean in the Sixteenth Century.  No, I don't mean it's full of Spaniards, French and Englishmen, though they are present on the Internet too.  I mean that the Internet seems to turning into a lawless area prone to increasing levels of conflict.  I'm not talking flame wars here, people, but rather "cyber war".  I personally don't like that term, but I'll use it because I don't have a suitable replacement.  If you read the article I just linked, you'll read an us versus the world story, but the whole time I read that article I couldn't help but draw links to a time centuries ago when the Spanish were probably saying much the same things about the English and French.

The Spanish were constantly shipping silver from Mexico to Spain and their rivals and independent entrepreneurs wanted in on that action.  Eventually, piracy became a huge problem in the Caribbean and led to several wars between the European powers as they fought to control shipping in the Atlantic and Indian Oceans (not to mention their religious differences).  Eventually, things settled down when England emerged as the biggest naval power in the Caribbean and shut down most pirating organizations there.

I've been reflecting on similarities between that period and now.  Right now, on the Internet, it seems that there are lines being drawn and sides taken in this new free-for-all battle happening on the Internet.  The US is on one side, Iran, China and Russia seem to be on their own sides.  Everyone seems to be attacking everyone else out there right now, much like in the sixteenth century in the Caribbean.  If you read the history of piracy there, you'll note that players came and went and eventually, England won out by outlasting the competition.

That could happen with the Internet, too, and brings up several questions.
-Do we really want it to go that far?
-How much virtual destruction, theft and damage will happen if we let it play out like it did in the Caribbean?
-Would there even be an end to the "cyber war"?
-How will the cyber war play out in the real world?
-Will it cause real wars, much like piracy in the Caribbean caused (and was caused by) real wars?

I don't know the answers to these questions, but I would like to posit some guesses.  First of all, I don't think we want events to run like they did in the Caribbean.  We don't want a long period of conflict that only works itself out when one power can dictate how the others will behave.  That path would mean incalculable damage to the world economy and leave one nation in control of Internet security or governance.

That is assuming that one nation (or a coalition of nations) could even win the struggle.  In the modern world, that would mean that the conflicting nations would probably have to fight a real war, or find a way to control an enemy nation's Internet infrastructure (not likely).  I do think that large scale cyber wars would be likely to spill into real world conflict.

For example, let's say that Iran manages to bring down our nation's power grid (not that I'm saying that's possible).  We would go through some amount of time recovering from the event and then figuring out who was responsible.  Do you know what would happen after that?  We'd invade Iran and I don't think there's anyone in the world who thinks that their military really stands a chance against ours.  What would that mean though?  It would be like Afganistan and Iraq all over again.  There would be a long period of occupation and fighting a guerrilla war against foes who have all the time in the world to kick us out and a population motivated to see that happen.

Switch that to China or Russia.  Say one of them decided to initiate a full-scale cyber war against us.  We'd duke it out on the Internet, and then someone would end up declaring war in the real world.  I don't think that anyone really knows how a war against Russia or China would end up, but it wouldn't be pretty and could even end up in Nuclear War.  None of which I'd be excited to have to endure.  Hell, switch it to England or France and you're likely to get the same outcome.  They are our allies right now, but things change.

This line of thinking makes me think of the Chinese curse, "May you live in interesting times".  These are interesting, and scary topics.  I wish I knew what was going to happen, or even what was likely to happen.  I only know that I want things to go smoothly and peacefully.  We'll see if that can happen.

It also makes me think of the far future, when we start mining Near-Earth Objects.  Will space piracy be next?  At least with that, we do have a direct historical reference and not an inference, but would events play out any differently than they did in the sixteenth century?
No comments:

Email ThisBlogThis!Share to TwitterShare to FacebookShare to Pinterest
Filed under: explanation, technology

What it Means to be a Consultant


It occurred to me the other day that a lot of people don't really know what I do and how it's different from what a lot of other people do in the IT industry.  If you want a detailed definition of IT, you can go here.   Basically, we make computer systems that do the things we're asked to make them do (most of the time!).  This industry consists of more jobs than just developers and engineers, but I'm not going to explain about the different jobs because it's unimportant to the topic.

I've been working in IT for over seven years now.  For most of that time, I've been a Consultant.  What does that mean?  It means is that I work for a company who sells my services to another company for a fee.  As a Consultant, I have a full-time job independent on whether or not my company has a contract to sell my work to another company.  This is an important distinction from other people who work in IT.  There are three other groups: Contractors, Full-time Employees (FTEs), and Offshore.

Contractors are people who contract directly to the customer, without an intermediate employer, like I have.  This normally means that the Contractor is taking home more pay, but they are not receiving any benefits (i.e. insurance).  Contractors, by definition, are bound to a contract with their customer, but once that contract is complete, they can either renew the contract (assuming their customer wants that), or move on to another customer.  This is similar to me, but my employer also has a say in where I go.  Contractors typically have to find their own gigs, or pay a placement agency to do so for them.  My employer finds my gigs for me and pays me a full wage when I'm on the bench, if they can't find anything for me.  When a Contractor doesn't have a gig, that person isn't earning a wage.

The first similarity is that a Consultant and an FTE are both fully employed, complete with benefits.  When I'm working for a customer, I behave like that customer is my employer.  When most people ask, I don't say I work for Daugherty Business Solutions, I say I work at Best Buy as a Consultant from Daugherty Business Solutions.  If I'm in a hurry, or don't want to confuse the issue, I just say that I work at Best Buy.  This is also becomes one of the hardest parts of being a Consultant.  When it's time to leave one customer for another one, I've already developed an affinity for the workplace and the people who I have worked with there.  I've worked at eight different customers in the seven years I've been a Consultant.  I'm still in contact with people from those customers through Facebook, or Twitter, etc.

The main difference here is that I work at the customer's location.  Offshore people are typically employees of a company located away from the customer's location (either in another country, or another part of the same country).  As such, I get a lot of face-to-face interactions that the Offshore people don't get.  From my experience, this helps me produce better results.  I've worked with Offshore teams before and the results are always hit or miss.  The main benefit, of course, is that the costs of Offshoring are greatly reduced compared with what a company will pay for my services.  This is a real, calculable benefit, but you should also pay attention to the adage, "you get what you pay for".

Why am I a Consultant?

A Contractor makes more, so why be a Consultant?  There are several reasons for this.  I'm lazy and don't want to have to find my own employment and I'm too cheap to pay someone to do that for me.  Also, I don't have to worry about having a gap of employment when my current contract ends.  If my employer can't find something right away, they'll put me on the bench and I'll do some internal work until they find something.  This is the biggest benefit to me.  The bench is no fun, but I'm still getting paid and I can use the time to improve my skill base or bring some value to my employer through an internal projects.

You can get stability from being a Full-time Employee, why not do that?  Stability there comes with a price, monotony.  If I end up not liking a customer for any reason (commute, people, atmosphere, etc.), I can request not to be renewed there when the contract is complete.  As stated before, I don't have to find a new job then, I can just wait until my employer has found one.  Also, not every company uses the same technology stack to develop their systems.  Moving from one customer to another can increase your skill base and your personal network.

As for Offshore, until companies in the US start selling Offshore services to India and China as their labor costs increase, I'm not going to even begin to think about that.

Overall, I'm happy with my current role as a Consultant.  I could see myself doing something else, but I just don't think that I'd be as happy in those roles as I feel now.  I have good flexibility, careeer mobility and stability.
No comments:

Yes, I Am Lame

Yes, it's been five months since my last post.  You guys deserve better than that.  So, I'm here to tell you that I'm working on a non-fiction blog post right now that will go up this week.  I'd like to tell you that I'm working on another story, but that's just not the case.  I don't know what it is, but I really, really, really haven't felt like writing for the past few months.  Not just writing fiction, but also regular blog posts either.

So, check back later this week (or subscribe via email, using the widget on the right, or using RSS) for a non-fiction blog post.  I'll keep my brain working on ideas for a fiction piece, but I can't make any promises on that.
No comments:

Email ThisBlogThis!Share to TwitterShare to FacebookShare to Pinterest
Filed under: about me, annoying, writing
Newer Posts Older Posts Home
Subscribe to: Posts (Atom)