My Top 10 Games of All Time

As my first post I've decided to give you all a top ten list of my all-time favorite video games/game franchises. Let me know what you think of this list and what your favorites are. 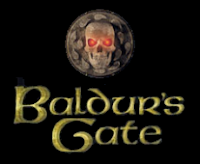 I loved this series. The games finally represented (to me) a good representation of D&D (in one of the more popular worlds) in a video game. I'd played some games labeled D&D before and since and none has captured my attention as this one did. Throughout the game I was in awe of the graphics (decent for the time period) and the gameplay. I also was impressed with how well the gameplay followed the rules of the AD&D books (of which I had come to know quite well). The expansions to each of the games were great and expanded the stories and gameplay. 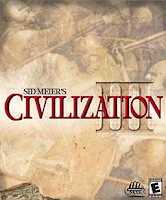 This game was my favorite of the Civ series. I've played each of them, including the expansions and Alpha Centauri. This one, in my opinion, is the best of them all. I like the gameplay and how easy it is to create your own worlds and scenarios using the map editor. I still have this game installed on my computer after all these years and I still play it from time to time. The expansions for this game did nothing but enhance the gameplay and variety of games. 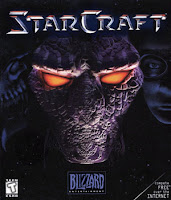 Even though the graphics are fake 3d, this game rocks. I also still have this game installed and my friends and I always play at least once when we get together for LAN parties. The map editor is not great, but still good enough to build maps with. Scenarios and other types of maps require a lot of precision and record keeping to keep it all straight. I tried creating a D&D style adventure using the map editor (I'd seen others do the same thing), but the triggers never seemed to fire correctly for me. The expansion was good, though not great. I didn't like any of the added units with the exception of Dark Templar.

Now, I haven't played every single game with Mario in it, but every one that I have played I have enjoyed. This item is mostly concerned with games like SMB3, Super Mario Land, Super Mario World, etc. I recently bought Super Mario 3 and Super Mario Land for the virtual console on my Wii and replayed them both in their entirety. I also have Super Paper Mario, which I played through as well, and I think that it is another great game. It diverges a bit from the side-scrolling of the originals, but it does so in an ingenious and inventive manner.

While I don't play WoW anymore, this game captured my attention for over two years. I (at one time or another) have played every class (with the exception of Death Knights, I don't have WotLK) and most of the races (I had no interest in playing a human). I stopped playing because grinding everyday for cash seemed pointless and WotLK was still months away. I think that at the time I had intended to buy WotLK, but I haven't gotten around to it and although I miss playing sometimes, I enjoy the time I spend with my family and other games much more.

I felt that this series deserved its own spot separate from Super Mario games. I really, really enjoyed the first one on the SNES even though I never owned that system myself. I had the occassion to play on the N64 and Gamecube, but it wasn't until I got it for the Wii that my love for this game really shined through. I played it through each of the categories (50cc, 100cc, etc.) and I still play it to finish unlocking all of the characters and vehicles. This game is great multiplayer and a lot of fun single-player as well.

A friend of mine at work suggested this game to me. The graphics are bland and 2d, but the gameplay more than makes up for this drawback. Another plus to this game is its easily modded. You can go on the developer's forums and download mods that others have created, or it's rather simple to include your own events, rename units, leaders, etc. I've played as each of the major powers and several minor powers (Sweden and Bulgaria to name two). It's a lot of fun for strategy and history buffs, but I also like it for the alternate history aspect of the game. Like, what if Sweden joined the Axis? Or, Italy never joined the Axis? Some of the games I've played have been very historically accurate, but most are wildly inaccurate, because that's how I like to play.

This was one of my favorite games as an elementary school kid. I always looked forward to computer lab day so that I could continue my Oregon Trail game. I played countless times and while I didn't always win, it was always a lot of fun. 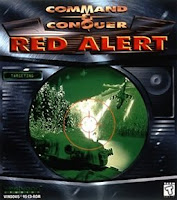 This was my first real-time strategy game that I owned and is still one of my favorites of all time. The game play was great and the graphics were pretty good for the time period. Also, since I am an alternate history buff, I enjoyed the story behind the game. I've played most of the other C&C titles and none of them captured my attention like Red Alert did.

Another game that I liked a LOT even though I never owned an SNES. This game will definitely be my next virtual console purchase for the Wii. The reason I liked this game so much was the graphics and gameplay were very good for the time and the story was pretty good too. I also like the idea of a dark world that is diametrically opposed to the "light" one and I have used this idea a couple of times in D&D campaigns that I've run because of this game.

Disclaimer: All pics came from Wikipedia, I have no ownership or rights to them, nor do I want any.